In June 1985, a small family cheese factory just outside Trikala, on the road to Pyli, took its first steps, with just five employees. Stergios Sarantis, his wife Zoe, their two sons, Takis and Michalis and a worker, who worked even on Easter day so as not to lose the milk of the day.

This was the whole workforce of the TYRAS (Cheese-making firm Brothers Sarantis).

Fast forward to 2022. The total number of employees currently employed in the company of the Sarantises, which has become a group and since 2016 has been renamed “Greek Dairies”, amounts to 1,590 people in Greece and abroad, while the once small cheese dairy, apart from cheeses, produces yogurts, milks, feta, sour cream, butter, kefir, juices, mountain tea, herbal drinks, soft drinks and bottled water, while in a short time it will also produce ice cream.

With a turnover of 427 million euros in 2021 and exports to 50 countries globally, in the last two years the portfolio of the Sarantis brothers grew even more, as next to the brands, Olympus, Tyras and Rodopi, Kliafa soft drinks, and Doumbia carbonated water were added and recently the facilities and brands of the emblematic dairy Agno. 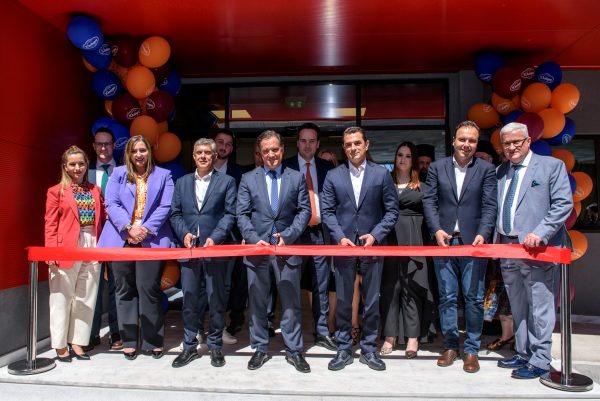 Shortly before the end of one century of existence (founded in 1926), the Trikala soft drink company Kliafa was acquired in 2020 by Hellenic Dairies for 1.3 million euros.

Now having a new production and bottling plant in Trikala, an investment of 18 million euros, the new owners of the historic brand aspire that in three years Kliafa soft drinks will gain a double-digit market share, from the low single-digit percentage they maintain today in the domestic retail and by also expanding their presence on the HoReCa sector. At the same time, the goal is for the Kliafa company to spread its wings in the international markets as well. The strong distribution network of Olympos has a key role in the rebirth of the Kliafa brand.

In the new facilities, all the soft drinks of the Thessalian industry are produced and bottled in PET packaging, while the older unit of Kliafa remains active, producing all the glass packaging. 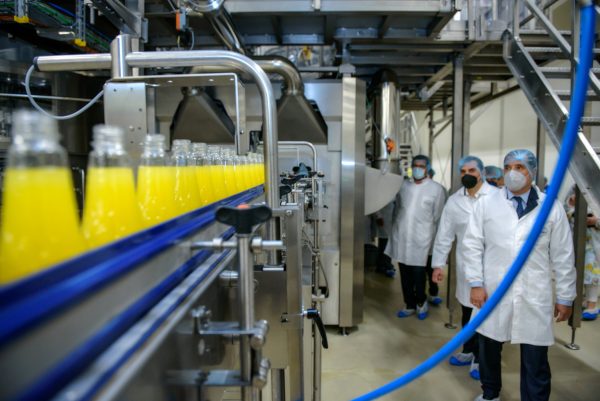 Originally from the Perivoli of Grevena, in Pindos, Dimitris (Takis) and Michalis Sarantis, respectively president and CEO of Hellenic Dairies SA. they have mastered acquisitions and especially where others are rather reluctant to get involved.

The acquisition of the cooperative dairy Olympos 22 years ago was decisive. Olympos was founded in 1965 by the Union of Agricultural Cooperatives of Larissa and the Agricultural Bank. Which went bankrupt shortly before the millennium, and in 2000 went up for auction. The Sarantis brothers acquired it, paying 6 million euros, an amount 70% higher than what the second prospective buyer offered.

In this way they expanded dynamically in the category of fresh milk. Very soon a war broke out with Dimitris Daskalopoulos, then owner of Delta, revealing in Greece a taboo subject: the origin of milk.

It was preceded by the fight with their former partners Giannis and Kyriakos Filippou, owners of FAGE. In 1991, FAGE had assigned to the company of the Sarantis brothers, who had not turned 30, at the time, the production of semi-hard cheese under the name FAGE. Their cooperation ended ingloriously in 1995, with FAGE having acquired 10% of TYRAS SA. 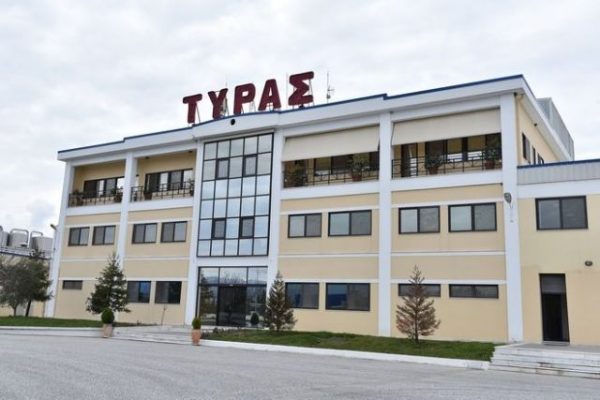 For the record, in the controversy over who can use the name Olympus, which also reached the courts, the Sarantises emerged victorious.

Through acquisition they entered both Romania and Bulgaria. A year before the acquisition of Olympus in 1999, they acquired TYROM SA in Romania and decided to build a factory in that country. While in 2003 TYRAS acquired TYRBUL SA in Bulgaria, building a factory with main activity the production of yellow cheeses.

They acquired Rodopi in the same way in 2008, when ATEbank, the Cooperative Company for the Industrial Development of Thrace (SEVATH) and the Hellenic Feed Industry (ELVIZ) decided to sell their holdings in the cooperative dairy industry (97% of the total) the latter was acquired by TYRAS for 5.1 million euros, also through auction.

They also tried to acquire Dodoni, albeit unsuccesfully, with TYRAS expressing to the then Minister of Finance Giannis Stournaras its intense concern about the method of evaluating bids.

Unlike Dodoni, for which there was great interest, in the public bidding for the sale of the real estate and the trademarks of the northern Helladic dairy industry Agno, the Greek Dairies of the Sarantis brothers were the only ones to submit an offer.

Participating in tenders, they acquired the company Doumbia, as well as the soft drink company Kliafa. It is recalled that Doumbia has been put up for sale by Malamatina in an effort to address to some extent the company’s debt burden.

The wager of Cyprus

Today, the Sarantis brothers’ group has 7 factories and an investment rate that reaches 40 million euros per year, reaching 193 million euros in the last five years.

Regarding the cycle of new investments, the construction of the new halloumi production plant in Cyprus has already started, with a total budget of 35 million euros.

The capacity of the plant in full development, which is expected to be achieved in 3-5 years from the start of operation, will amount to 180 tons of milk / day.

The milk products produced by local producers will be partly available on the Cypriot market and most of them in foreign markets (European Union countries, USA, etc.).

In addition, in terms of investments, the second feta production line is being completed at the Trikala factory, while the group is launching an investment of 40 million euros in Romania, where it operates through its subsidiary Fabrica de Lapte Braşov, which is located in Brasov.

Flexibility and innovation characterize the Sarantis brothers. For example, the idea of ​​using a transparent bottle in the packaging of Olympos milk and thus creating a new market, although it was not the result of many months of expensive paid marketing, changed the market forever.

Michalis Sarantis, visiting a food fair in Italy, saw something similar and decided to adopt it without delay! He of course claims that above all the quality of the product is important and this parameter has been trusted and continues to be trusted by consumers, giving Olympos milk within a short time since its launch a strong market share and even without initial advertising. 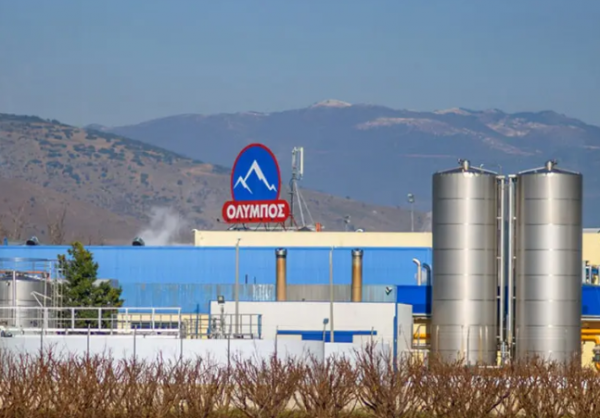 Also, Olympos became the first company to be certified with the Greek Trademark in 2015, while it chose the path of search and development of the Greek almond, the Greek pistachio, the Greek walnut, in order to offer the first and Greek drinks produced from freshly harvested Greek fruits.

The management of Hellenic Dairies is also a pioneer in terms of employees’ salaries. A few days ago it announced a 15% increase in wages for workers earning less than 25,000 euros in annual costs, and a 10% increase for those over 25,000 euros a year “sharing the cost of living adjustment as shaped by rising commodity prices”.