With increased sales and losses of 2 million euros, from profits of 1.2 million last year, Frigoglass closed the first quarter. Company management states that the restrictions on the supply chain and production in Russia and Romania are expected to affect results for 2022.

In particular, based on the unaudited financial results for the quarter that ended March 31, 2022, a 25% increase in sales is recorded compared to last year “as a result of the continuous recovery of demand in both sectors and the low comparative base”, as the company’s announcement to the Stock Exchange notes. 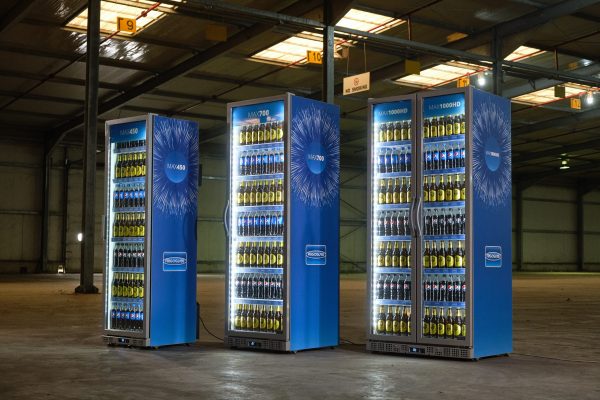 Sales of the Commercial Refrigeration sector in March were significantly affected by cancellations of orders from Russia and delays in the delivery of commercial refrigerators across Europe due to transport malfunctions.

On the other hand, there was a strong increase in sales in the Glass sector on a neutral exchange rate by 51% (Published + 56%) as a result of dynamic demand and price adjustments.

The EBITDA margin was negatively affected mainly by the increased cost of raw materials and transportation, the forecasts for doubtful receivables from customers in Ukraine, as well as the less favorable energy mix in Nigeria.

In addition, there was a decline in Adjusted Free Cash Flows at the end of March as a result of declining operating profitability, high inventories due to delays in commercial refrigerator deliveries in Europe, and the accumulation of raw materials to support production in both sectors.

The factory in Romania

The company’s cash flow was boosted after the payment of insurance compensation for material losses of 10 million euros in February.

€ 8m was raised in April and May, including an advance related to business interruption compensation due to a fire at the company’s plant in Romania in 2021.

Reconstruction of the plant in Romania is proceeding according to schedule and it is expected to reopen in the first quarter of 2023.

At the same time, there is a plan to strengthen the assembly line in Romania by July 2022, and until the new plant is put into operation.

Regarding the insurance compensation, the company points out: “At the end of March, we had received € 25 million from the € 42 million of the compensation for material damages, based on an agreement with the co-insurance scheme. In May, we received an additional € 2.8 million from the remaining € 17 million related to the reconstruction of the building and the purchase of equipment.

“Although the insurance compensation related to the effects of the business interruption is expected to be settled within the second quarter of 2022, we received an advance payment of € 5.5 million in April.”

According to the company, a process of reviewing its strategic options has been launched, with the cooperation of consultants, aiming at safeguarding the interests of all stakeholders and improving its capital structure.

Nikos Mamoulis, CEO of Frigoglass, commented: “Despite the continued recovery in sales in the first two months of the year, the challenges posed by the conflict between Russia and Ukraine significantly affected our results in March. We are taking significant steps to mitigate the impact of the Russia-Ukraine conflict and the rising costs it entails, as the current geopolitical environment has created significant uncertainty about the year ‘s operational and financial performance.”

Regarding the business prospects, the company states: “The ongoing conflict between Russia and Ukraine and the subsequent extensive and evolving sanctions imposed by the EU and the governments of other countries significantly affected the performance of the Commercial Refrigeration sector in March, April and May.

In this environment, which is characterized by high economic uncertainty due to the worsening of inflationary pressures and the effects of the conflict between Russia and Ukraine, orders were canceled, especially by customers in the countries directly affected.

In addition, our ability to meet demand in Western Europe continues to be limited due to significant difficulties in transporting finished and semi-finished products from Russia, as well as the difficulties in sourcing raw materials for our factory in Russia.

We systematically take action and draw up business continuity plans to reduce the disruption of production in Russia and our business in Europe in general, including, for example, the prudential planning of alternative transport routes, cooperation with suppliers, production program and improvement initiatives. redefining the amount of stocks. However, there can be no assurance that such actions will be able to mitigate the disruption of production.

In this environment, we expect a decrease in sales in the Commercial Refrigeration sector this year, due to lower demand in Russia and production restrictions in Russia and Romania. This decrease is expected to be partially offset by last year ‘s price increases, their further adjustment earlier this year and increased demand mainly in India and Africa.

In the Glass industry, the current market dynamics remain favorable, which allows us to maintain our target for double-digit sales growth in 2022, as a result of high demand for glass bottles in Nigeria, our increased export activity and growth initiatives of prices.

Declining sales, supply chain constraints and inflationary pressures on raw material prices and transport costs in the Commercial Refrigeration sector have affected, and are expected to continue, our performance in March, April and May 2022. Although We are taking steps to mitigate the impact of these trends through price adjustments and cost-cutting initiatives, and we now believe, based on reasonable assumptions, that these trends will continue to significantly affect our profitability and liquidity for the remainder of the year. year. Overall, the Group’s profitability will be supported by the Glass industry in 2022.

As a result of business uncertainty in 2022 and beyond, created by the ongoing conflict between Russia and Ukraine, Frigoglass is working with consultants to consider financial and strategic options aimed at improving the Group’s capital structure, enhancing liquidity and liquidity. of value for stakeholders. We will provide further updates if and when this is deemed necessary “.